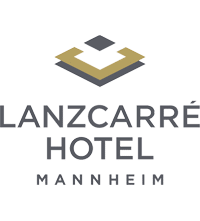 Coming soon – Hotel LanzCarré will celebrate its premiere as the first Radisson Individuals hotel in Germany on January 1, 2022. The new Radisson brand was launched in 2020 and is aimed in particular at independent hotels as well as regional chains that have already established themselves on the regional and nationwide market, retain their own character, and also want to have a global presence. The 4-star ARIVA hotel is part of the LanzCarré quarter in Mannheim’s Lindenhof district. It has already been successfully on the market since October 2009. The cooperation with Best Western ends this year, and from 2022 the hotel now wants to break new ground. It offers a total of 76 modern rooms on six floors. A cozy restaurant with a spacious bar and sunny terrace in the garden courtyard as well as two variable meeting rooms on more than 120 sqm complete the offer. The hotel’s central yet quiet location also contributes to its popularity with guests – the idyllic Hanns-Glückstein Park is located directly in front of the hotel, and the main train station and city center are just a few minutes away on foot.
In the course of the rebranding, ARIVA Hotel GmbH also envisaged innovations. As a first step, the gastronomy concept of the hotel restaurant was revised. “Heinrichs” refers to the historic location of the hotel, as it was built on historic ground, just like the entire LanzCarré district.
Further steps are still in the planning – guests can be curious!

Founded in 1998, based in Mannheim, subsidiary of the DIRINGER & SCHEIDEL Group.